HERO 2nd movie has been decided and they will start shooting on December.
(ooh the possible return of THE "Jacket"??? ^o^)

This time, Matsu Takako will be the female lead of the movie sequel. *sqqquuuuuuueeeeeeeeeee*

Additionally, someone tweeted on July 4th 5 PM, "I saw KimuTaku and Matsu Takako shooting HERO on my way home! The shooting was at Tamagawa river side! I should've take some pictures!"

If it's true, then it means Matsu will make a guest appearance, probably in the final episode, to make the story linked to the movie.

Abt Kuryu/Amamiya's relationship, latest information from magazines says "He and Amamiya (Matsu Takako) loved each other. Everyone around them think they dated each other but their present relationship is a mystery."

Also, a positive statement from HERO 2 scriptwriter quoted from a recent mag and tweeted by a fan,
"This year HERO, Kitagawa Keiko will replace Matsu Takako, so to stay consistent, there'll be no romance for Kuryu"

I think KimuraMatsu shippers has started seeing the light at the end of this long, dark and cold tunnel.

Minna.... fellow KimuraMatsu shippers........ let's keep up our faith for a bit for this Golden Combi *v* 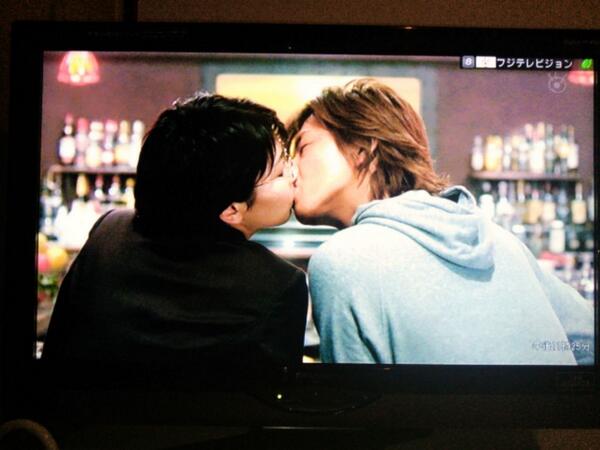